You may have heard the expression ‘We Wuz Kings’ or ‘KANGZ N SHIET” (with spellings like ‘we was kings’ and we ‘wuz kangs’).

The phrase exploded in popularity from the proudly politically incorrect 4chan’s /pol/ e users forum. It’s used to mock black Egyptian hypothesis followers. They have been using the term since late 2015 as a reaction to the African-American civil rights protests.

The protests are a result of controversy around police brutality, and the civil unrest in Baltimore. Others who had to bear the label are the proponents of the #blacklives matter movement. The detractors did not spare Hip hop and rap artists either.

According to Urban Dictionary, the phrase is “Satirically used to criticize afro-centrist African Americans that claim their ancestors descended from Egyptian Pharaohs.” 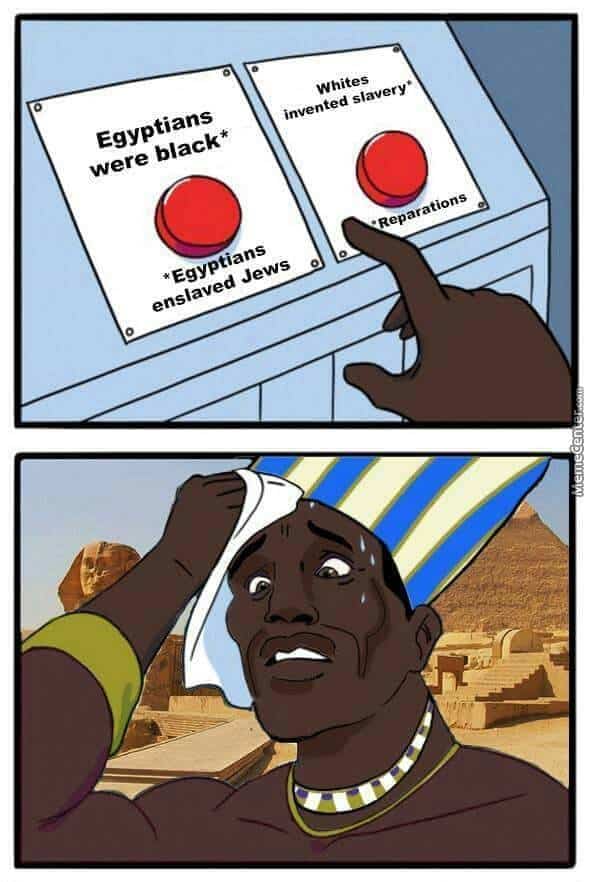 Artists such as Kendrick Lamar and Vince Staples, whose songs have a black pride message, got their share of memes. Lamar’s ‘to pimp a butterfly’ and Vince’s ‘summer of 06’ generated a lot of criticism and memes on some platforms.

Unfortunately, the usage of the phrase seems to be catching on outside of on /pol/. Detractors of Pan-Africanism, white supremacists, and nationalist websites are also adopting it.

According to the ADL website, they say that it’s “a racist catchphrase and collection of memes directed at African-Americans and other people of sub-Saharan African descent.”

The Black Egyptian hypothesis has been in existence since the early part of the 20th century. According to the theory, ancient Egypt was home to an African black civilization. It was also where notable figures such as Cleopatra, Pharaoh Khafra, and Tutankhamen came from. What the hypothesis does is to bring into question the whole aspect of the ethnicity of ancient Egypt. It seems to affirm that a majority of the population was black people.

Reception to the Black Egyptians Hypothesis

Many scholars, academics, and historians, especially those of African-American descent, initially embraced the hypothesis. It became a favorite topic of academia, particularly among historians.

However, it seems to have fallen out of favor among scholars. Many of them now feel that it is anachronistic, inconclusive, and maybe racist. Modern-day scholars reject that Egypt was either black or white.

The theory generated a lot of disagreements at a UNESCO symposium in 1974. Participants agreed that the Egyptian population had people from the north and south of the Sahara, who had different colors (Source).

How It Went Viral

The Encyclopedia Dramatic placed the origin of the phrase on 4chan up to November 2015. It gained more prominence after a video “We wuz kings and silly farm” went up on Youtube on 21st November. There was also a lot of vertical and shitposting, leading to considerable momentum for the phrase. It was especially popular on /pol/. White historical figures of European descent also became a target. Satirical images began to emerge, questioning the ethnic background of some of them.

A trailer for The Assassin’s Creed Origin featuring dark-skinned characters went into the market 11th June 2017, at the electronic entertainment expo. Players went back to the Ptolemaic era to explore ancient Egypt. The negative reaction was swift with the phrase ‘We Wuz Kangz’ finding use on Youtube and other discussion forums.

On 13th June, Eternal Zrada uploaded a version of the trailer of Assassins Creed, featuring someone talking about the Black Egyptian hypothesis in the background. There was also a live chat feed that Youtuber Francis Galbraith uploaded on 29th June.

In the feed, you see the phrase ‘We Wuz Kangs’ spamming the feed. On 28th August, Redfield helicopter, a Youtube, uploaded ”Racist Redditors Troll Assassin’s Creed Origins Steam Forum,” showing the number of posts with this controversial phrase. Games evolution, a video games news site, banned the use of the memes or phrase on its forums (Source).