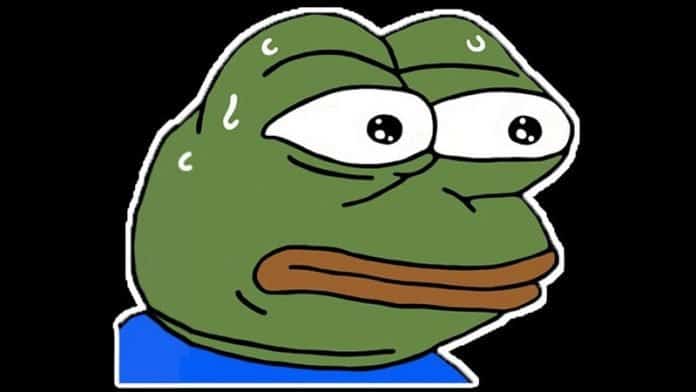 According to the meme experts over at KnowYourMeme, MonkaS is a Better Twitch TV emote starring a picture of Pepe the Frog looking scared while perspiring, which is generally used in Twitch chat throughout moments of great tension in video game stream matches. It’s designed to express anxiety.

It appears to have originated from 4chan thread. Initially, there was a sweaty, anxious-looking Pepe the Frog picture that was posted to the /lit/ (literature) board on July 16th, 2011. Furthering its popularity, on September 24th, 2016, the emote was included in the FrankerFaceZ Twitch extension: It spread like wildfire on Reddit when the Redditor kucykzaglady posted the emote image to the /r/forsen subreddit from their account. Quickly, monkaS was published to the TwitchQuotes repository. /r/OutOfTheLoop got involved with a viral post asking “What does slang word ‘monkas’ mean?” A user there who had the most upvoted answer explains that it is a BetterTTV emoticon, but you’ll need the Betterttv extension to see it during a stream.

There have been a bunch of spinoffs, mainly employed used as emotes during Twitch chat. StreamElements says that MonkaS is ranked among the most widely used emotes.

Below, you’ll see a hypothetical use:

Audience: “WOW what a sequence, that was some crazy MonkaS stuff right there.”

The 25 Best Omae Wa Mou Shindeiru (You Are Already Dead)...