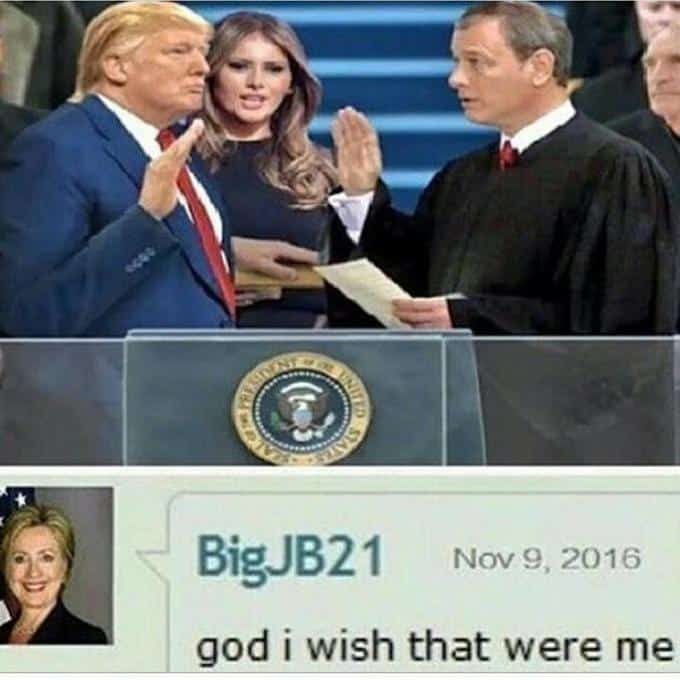 People who are into anime or who simply enjoy reaction images have likely come across the “God I Wish That Were Me” meme. It features a Sims-like woman holding a man wearing a diaper where someone commented under it, “God, I wish that were me.”

While a lot of people have begun to use this meme ironically, as a joke, or even in reference to things that they wish would happen to them, the meme is actually originally in reference to a fetish where people are into being treated as babies when they are fully grown adults. This could include wearing diapers, playing with children’s toys, sucking on a pacifier, and more, and they also enjoy having a “caretaker,” who is typically their significant other, and this person “takes care” of them in the same way one would take care of a child.

The original image for the meme is of a woman who seems to be a figure from the Sims game holding a grown man that is the size of a baby. He is also wearing a diaper. It is meant to be a representation of the fetish that was created by a user on the website Deviantart. The image surfaced on the site on January 15th, 2011 by DeviantArt user misssuan002. The source of the meme, which is the comment “god i wish that were me [sic]” was written by DeviantArt user BigJB21 in 2012.

Funniest God I Wish That Were Me Memes This is the original version of the meme in which a woman is holding a grown man wearing a diaper and DeviantArt user BigJB21 has commented “god i wish that were me.” In this one, the first caption reads “the perfect man doesn’t exi…” And then the picture reveals an individual with a seemingly fresh tattoo that reads “meme king”. We’re not entirely sure if this is a famous person, an inside joke, or exactly what’s going on. But if you recognize who this person is or have some people inside into the meaning of this meme, let us know in the comments section. Here we see a mock execution being performed by an anime character, perhaps a video game character from a Sonic the Hedgehog game. Apparently, some people have a comedic death wish and fantasize about anime executions. 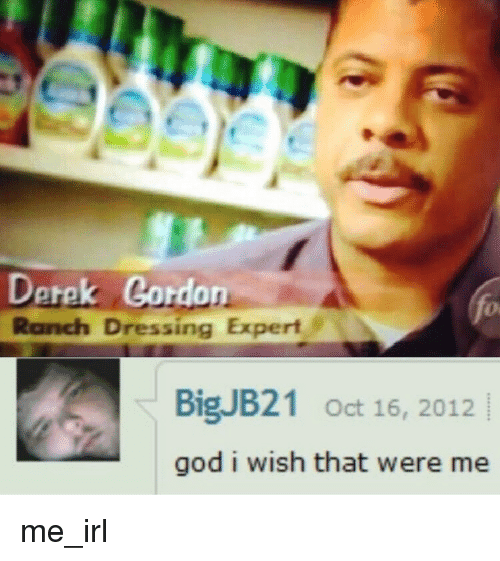 In this meme, we see a screenshot from what looks to be the Food Network. Derek Gordon is described as a Ranch Dressing Expert. The text Meme here is applied because somebody obviously wishes that this was a career option for them. Here we see the seven deadly memes portrayed, with the meme in question labeled envy. We also see a variety of funny examples for wrath, pride, lust, gluttony, sloth and greed. In this picture, we seem to be privy to an illicit scene between a sloth and a doll. 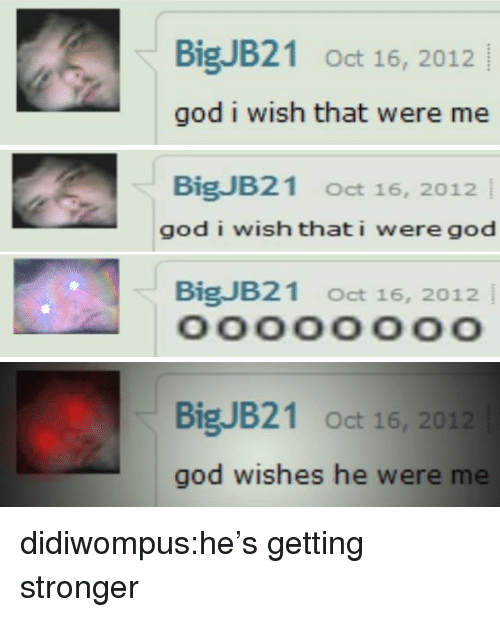 This one seems to be a spin-off of the popular expanding or exploding brain meme. With the comment getting more and more dazzling as the avatar’s eyes light up with laser glowing embers. 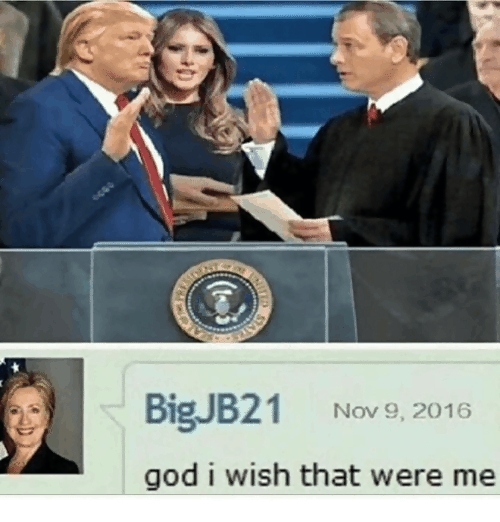 This is one of the most popular versions of the meme featuring Donald Trump on his inauguration day with Hillary Clinton commenting “god i wish that were me.” Another funny version of the meme where a cat is unclogging a toilet with a plunger.

God I wish that were me from ShitPostCrusaders

In this version of the meme, there is a picture from a school classroom where apparently they are watching the JoJo anime series in class. The reaction image shows one of the characters from the show saying “nice!” It represents the common feeling bored students that common classwork be secondary to screenings of anime cartoons. 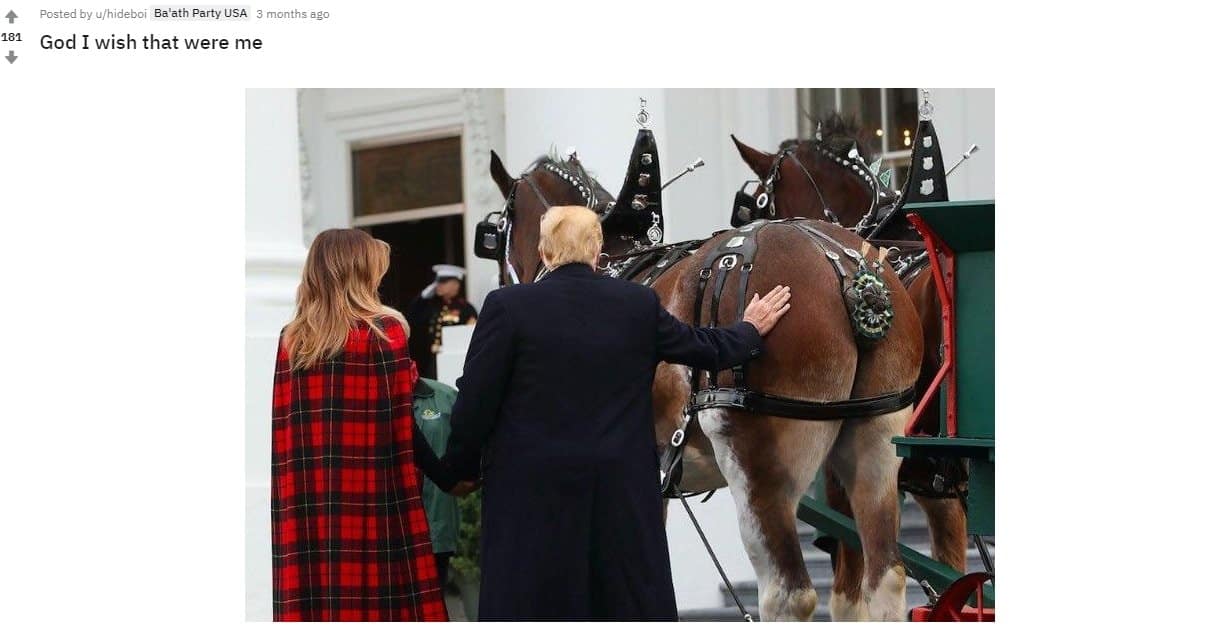 In this rendition, we see Trump and the first lady Melania from behind with Trump giving the rump of a horse a reassuring pat. Over in this subreddit, they used the God I wish that were me meme as a humorous text reaction.

God I wish that were me from EDanonymemes

In this image, we see a small kitten on a baby scale with the readout comically saying “SMOL”. The joke here is that overweight people would obviously wish that this where them – much smaller than they are now.

God I wish that were me from memes

Here is another funny, warped example. It’s probably a fake news story with a headline that reads man sentenced to death after a failed suicide attempt. On top of it is the contradictory dialog box that reads simultaneously error and success. The Redditor has used the God I wish that were me text me to post it here on Reddit, making it funny on a variety of different levels.

God I wish that were me from memes

In this one, there is Thanos lending a hand. It reads when you finally get your best friend hook up with your sister and the Redditor has entitled it God I wish that were me. It’s a pretty darkly funny meme with one of the characters saying “I guide others to a treasure I cannot possess”.

Spread Of The Meme Over Time

Despite the fact that the image had been posted in 2011 and the comment was made in 2012, the image began to spread in 2015 when someone screenshotted it and posted it on the popular website Reddit. The image had “received more than 1,300 votes (97% upvoted) and 60 comments prior to being archived” (Source).

Then, someone had taken the image and uploaded it to the popular image website “Imgur,” where the commenter’s profile, BigJB21, was seen. On his profile, the user had images of diaper fetish illustrations, so it became clear that he wasn’t making any jokes about the meme.

Throughout the next few months, the original image with BigJB21’s comment surfaced on many different websites and Reddit forums. People even made different illustrations based off of the meme, including one of the commenter himself based off of his DeviantArt avatar photo. A Facebook page was even created in honor of this user; it was named after him- BigJB21- and the page had garnered more than 3,000 likes over the span of eight months.

God I wish that were me from dankmemes

The image then grew into simply meaning a phrase that people would use to describe wishing to be in a particular situation, or as described by Urban Dictionary, “Any situation that you view online or from a third person and aspire to be one of the active people or objects in that particular situation.”

However, people tended to use the phrase to describe rather non-serious situations and very strange and unexplainable images, such as a cat using a plunger to unclog a toilet or a warped image of a dog (both pictured below). Another example of the image was posted in August of 2016 on Facebook by the page “They Boot Too Big For They Gotdamn Feet.”

It was “a photograph of a woman walking a large group of chihuahua dogs with the caption “God I wish that were me.”” (Source). It has also come up on several forums where people were asking where the original image came from.

Then, a version of the image resurfaced once again in 2017 that had garnered a lot of attention. On January 20th, 2017, the day that Donald Trump was sworn in as President of the United States, a version of the meme was posted on Instagram by user communist_memes.

Instead of the original image, there is a picture of the inauguration, and the comment “god i wish that were me [sic]” is shown to have been written by Hillary Clinton, who had lost the election.