You are likely to have seen reaction images floating around the Internet of a cat with eyes that are photoshopped to look as though it is crying. This is a common reaction image people use for situations that make them sad and upset. The name of this meme is the Crying Cat meme.

The image of the crying cat is a photoshopped version of the serious cat image. The “Serious Cat” dates back as early as 2005, when it was posted on a Korean community called Humor University.

The picture is of a white cat with a photoshopped serious face sitting on a desk in front of a computer. The image was posted along “with a picture of a celebrity DJ/rapper Jae Young, the XY comparative macro revealed a bizarre resemblance between the two” (Source).

The image then spread to several social media sites including 4Chan, ICHC, and Facebook. While it is nowhere near as popular anymore, the Serious Cat image became popular between 2006 and 2009.

Are you even a good friend if you don’t send your friend crying cat pictures for their collection pic.twitter.com/tuH6a7FxPZ

The Crying Cat came several years later in 2014. It was “published by an anonymous Meme Generator user on June 11th, 2014” (Source).

The image is the exact same one as the Serious Cat- it features the same white cat sitting on a desk in front of a computer- but this time, the cat’s face in the photo is edited to make it have glassy eyes and a sad face, which makes it look as though it is crying.

Over the next several years, thousands of different versions of the image surfaced on the Internet. To this day, many popular accounts use the Crying Cat meme as a reaction image.

In 2014, the image was spread by user YoussefArafa88 on the website ask.fm. Ask.fm was a popular website that people would use to ask one another questions either anonymously or publicly. The image was then spread to a German image board site, and many people dubbed the image “Schmuserkadser.” It grew in popularity on this website. 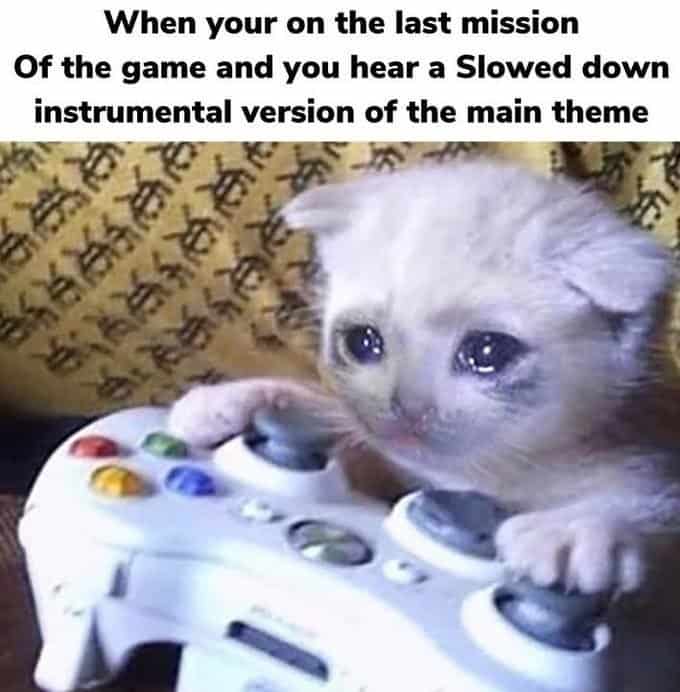 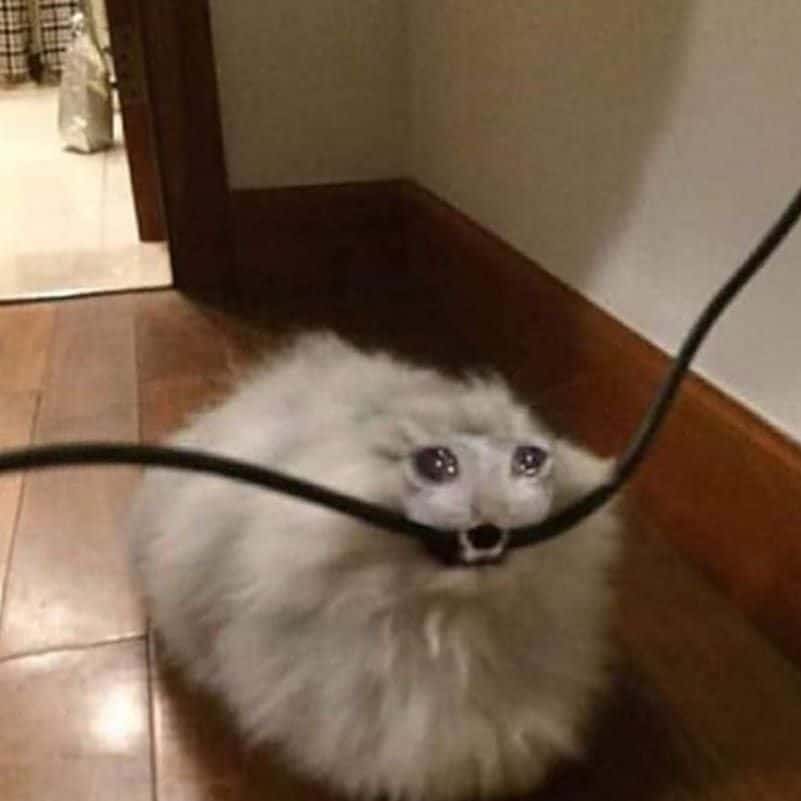 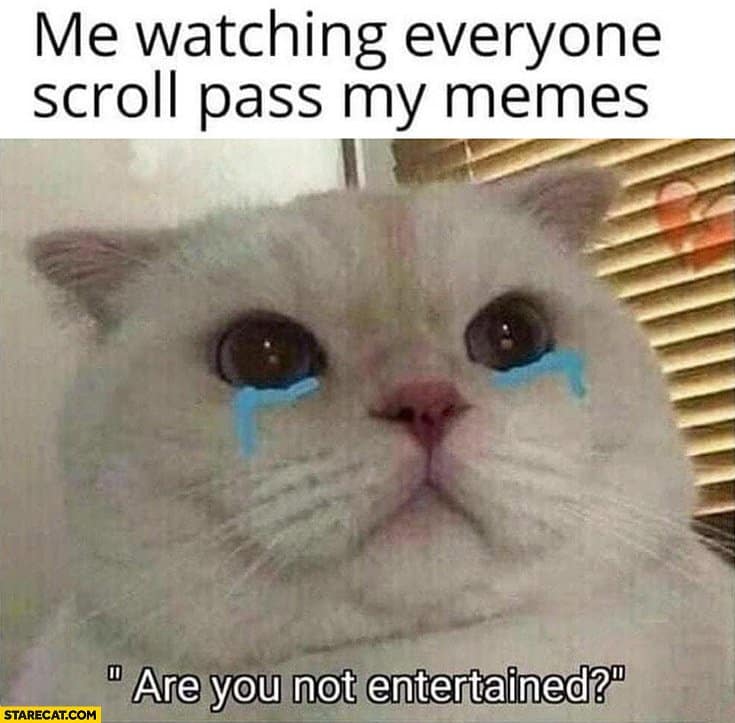 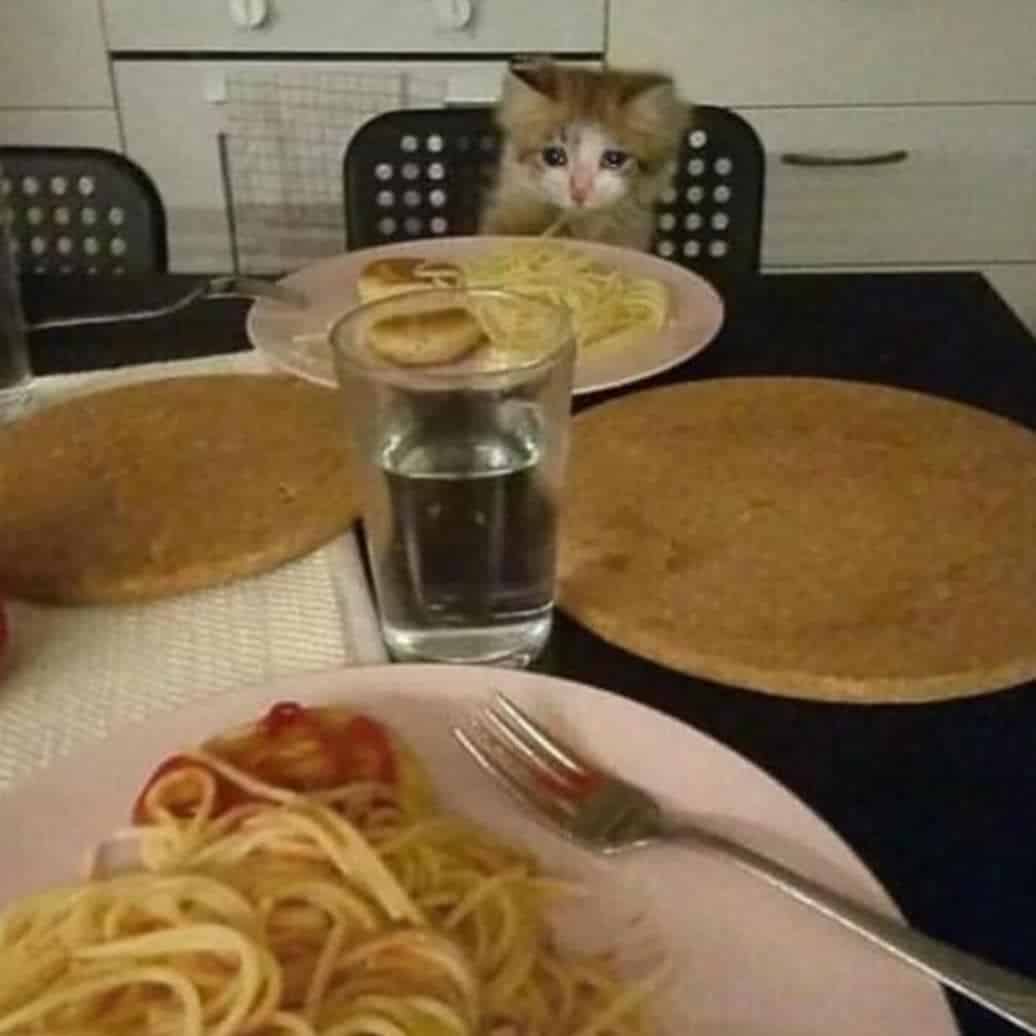 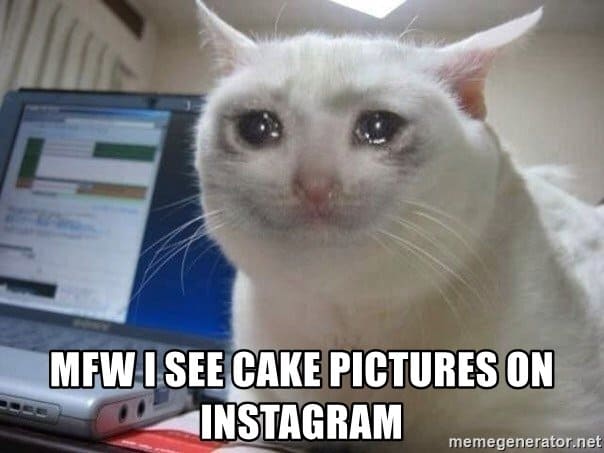 Work Cat In The Morning 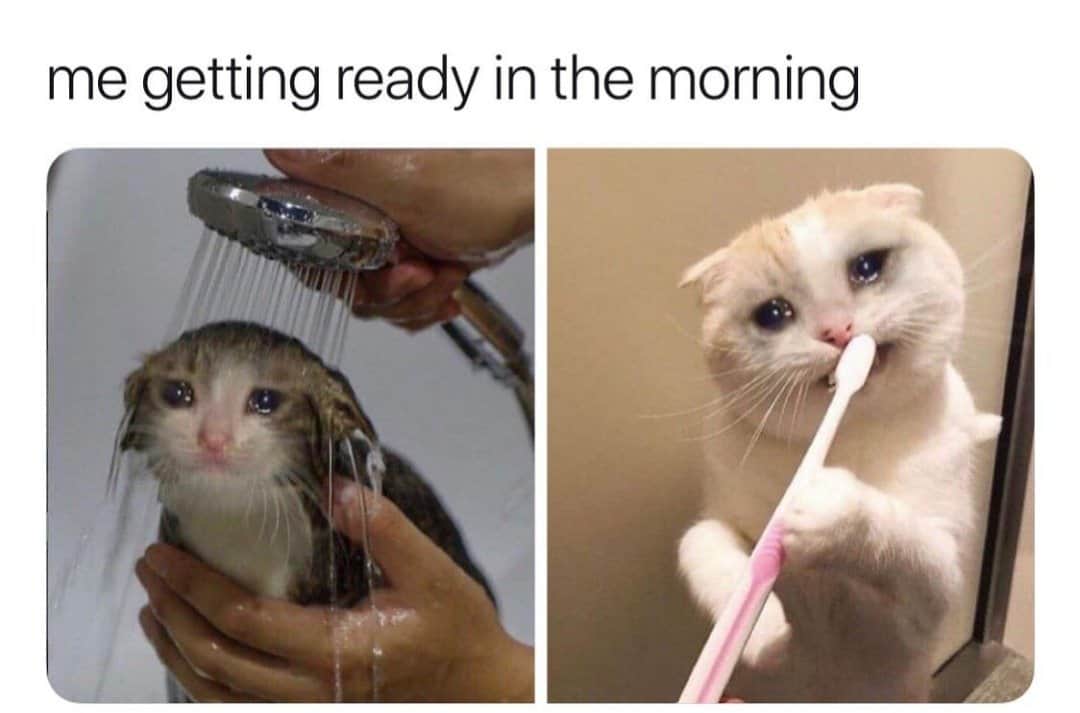 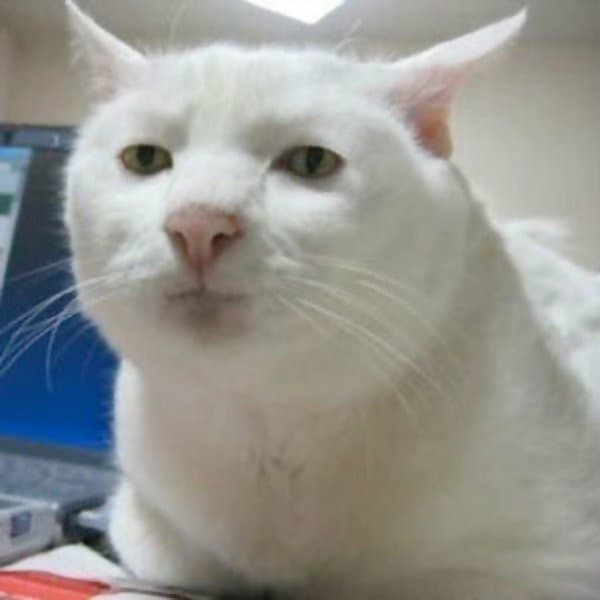 This is the original photoshopped “Serious Cat” image. 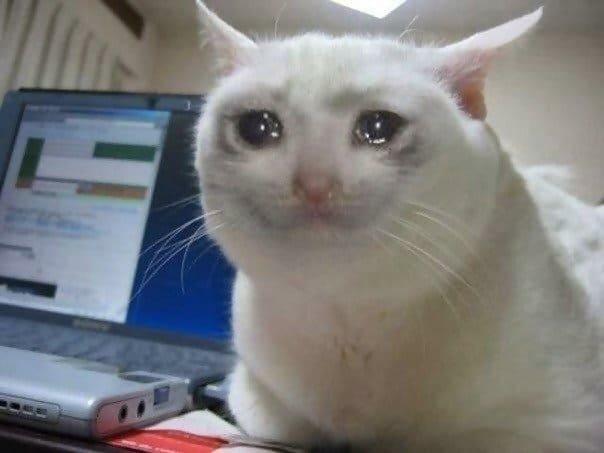 This is the original “Crying Cat” meme that features a photoshopped crying face on a white cat.

A version of the meme in which the sad face is photoshopped onto a fat cat along with the caption “First it’s smug, then it’s fat. It’s living my life.” 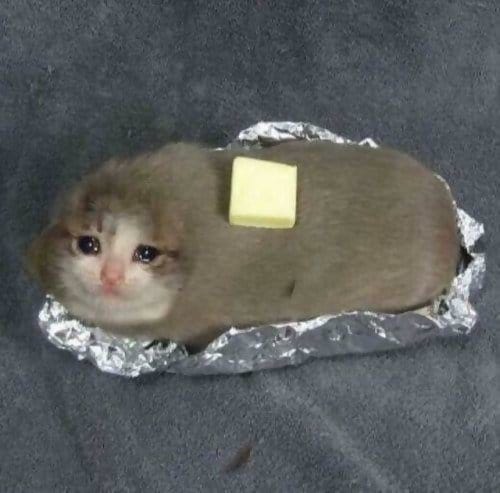 A silly version of the meme where a cat is meant to look like a baked potato. It is lying in aluminum foil with a piece of butter on it, and the sad face is photoshopped on it.

Then, the same crying face was photoshopped onto an image of another cat in 2016 by an anonymous user on 4chan. This cat was particularly chubby, and the person who posted the photo captioned it with “First it’s smug, then it’s fat. It’s living my life.” It is photoshopped from an image of a cat sleeping. This caused a lot of other people to photoshop the face of the sad cat onto different cats other than the original white one.

The crying cat image has been shared widely all across the Internet and on virtually all social media platforms. Plenty of people started to take the sad cat face and photoshop it onto images of their own cats or on other cats which they found particularly amusing. Then, they would use it as a reaction image for a somewhat sad occasion- or even for something that people find particularly cute. It’s not usually considered to be appropriate for more serious topics and events.

The Crying Cat meme was posted on Facebook in January of 2017 by someone named smokememe. The caption said, “sad react only” (this is in reference to the post reactions that are available on Facebook, one of which is the crying reaction. The “sad react only” phrase is meant to tell people to only react to the post with the crying reaction). “Within a year and half, the post received more than 2,200 reactions and 440 shares” (Source).

There have also been multiple threads on the popular website Reddit where people have asked where the meme originated from. People would then reply to these threads with their own examples of the meme or with information about its origin.

21+ Of The Funniest *Teleports Behind You* Nothing Personal, Kid Memes...