In this post, we analyzed the Wat meme- researching its origins and providing 22 of the best, funniest examples from social media.

Coming from the English word “what”, the wat meme (sometimes, “wut”) is considered one of the funniest memes doing ever to circulate on the internet.

It consists of an old Lady wearing a blouse with blue and green patterns, mouth agape,  with the caption “wat”. Her appearance, which includes short white hair and very small eyes, together with her captioned pronunciation of the word “what: adds to the humor of the meme. In the wat meme, the old lady utters the word to show that she’s perplexed and perhaps somewhat offended by something.

Although the lady in the meme only says wat, the meme has been modified in many cases to make her more hilarious and express different emotions. It is used to show different reactions to different situations. In other cases, images that are considered “bizarre” are used to create wat memes. Either way, the deliberate use of an English word incorrectly coupled with a befitting image of clip makes this meme one of the funniest.

Sadly, she died in 2016 and was memorialized online:

The wat meme is one of the oldest memes ever created. It is built around an English word which can be used to wither pose a question or as an interjection. In 2003, a relevant definition of the word wat was created by an urban dictionary user who defined it as “a purposely misspelled word to show dyslexia or stupidity”.

It is argued that the term which led to the creation of the meme came from a forum on “something awful” platform. This origin has also been disputed by other people and has not been verified.

The wat meme has many variations that were all created at different times. The wat grandma, which is the commonly used meme across different online platforms, was first seen on Instagram in 2014 (Source).

The wat meme has many variations that are used in different online platforms. For example, it is used as a reaction meme on Reddit as well as a response to pictures that aren’t easily understandable on 4chan. This shows that it has dynamic uses and finds purchase on a variety of social media platforms since it was first birthed to the world.

The definition of the term has also seen different variations with the most appropriate one being considered the one created in 2008 by a person called watwat, who defined it as “The only proper response to something that makes absolutely no sense.”

However this meme was originated, there’s no dispute that the internet has had a lot of fun with it. Check out some of the best examples below. 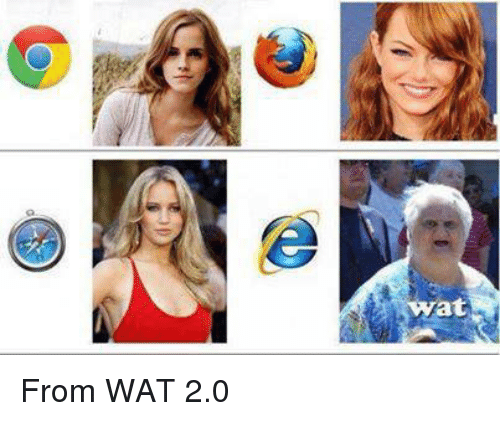 In this meme, a variety of attractive women become avatars of popular browsers- Chrome, Firefox and Safari. Internet Explorer is paired with the Wat woman- an amusing criticism of the Microsoft browser.

Another funny one- a Reddit user posted “Wut” in response to this Best Buy webpage that allows you to select your country by flag. The only problem is that Canada and MExico have blank flags!

In this face swap, the Wat grandma gets blended with Thanos for a surprisingly hilarious effect.

We Are All Muslims Now 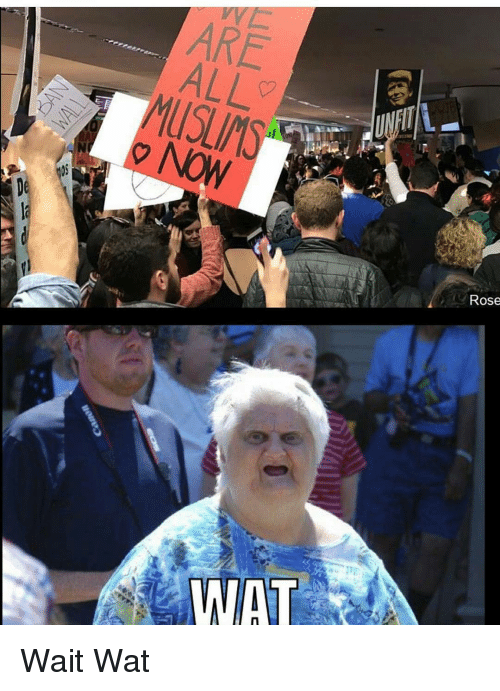 A solid reaction meme, the Wat woman ably reacts to the signboard reading that “we are all Muslims now”. Expressing confusion at that seemingly extreme statement from the Trump protester.

This meme parodies the resemblance between the Wat Lady and Darth Sidious. As though the two were mother and son.

In this surreal blend, the Wat woman becomes a 65 Wat lightbulb, her face blended into the face of the bulb. 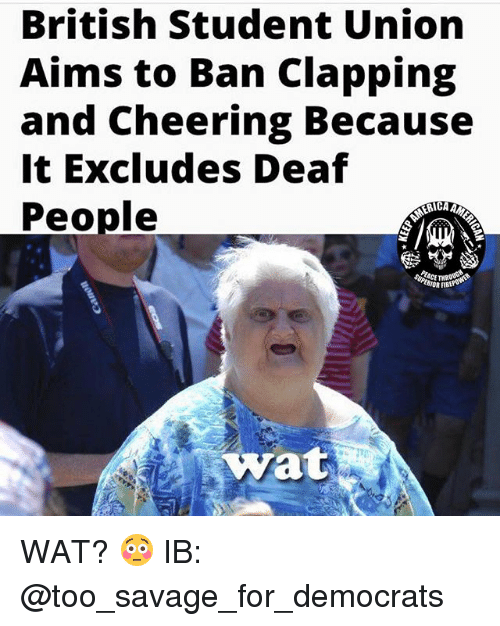 The Too Savage For Democrats Twitter account seems to have created this funny reaction meme. Apparently, British students were looking to ban clapping and cheering because it excludes the deaf- weird! 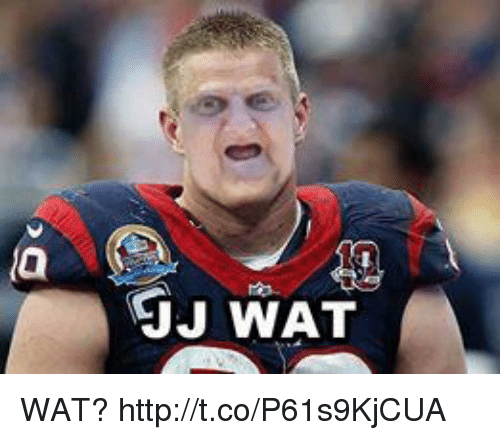 The NFL player J. J. Watt gets the ‘wat’ treatment with a face morph swap. 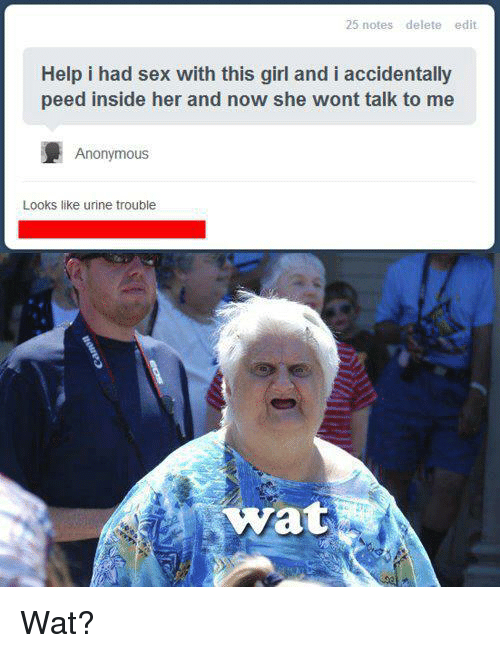 One of the most appropriate uses of the meme we’ve seen occurs as a reaction post to an individual who has a somewhat bizarre worry.

Being A Single Mom 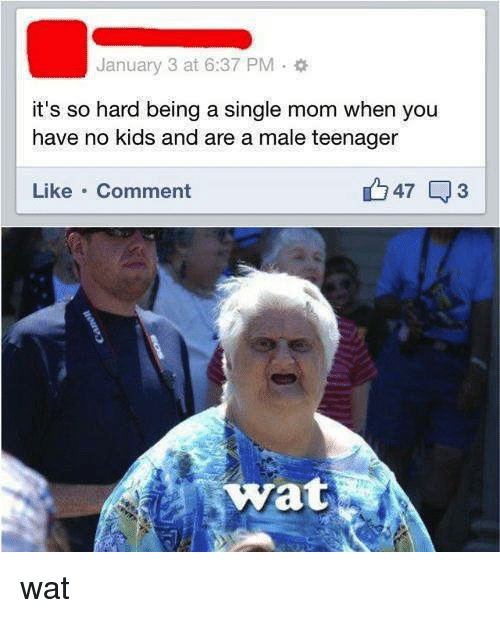 Another appropriate meme use is this one to the nonsequitur statement on Facebook.

Should Employment Be Illegal

Donald Trump got roasted inside of r/insanepeoplefacebook who are all apparently global warming advocates.

In this video game clip, a glitch causes the truck to float down the road.

A funny cat meme from r/StartledCats shows a cat amazed at the wizardry of a CD/DVD player sliding in and out of the desktop computer.

Excuse me wut. from creepyasterisks

This is a creepy one, for sure.

Another funny example- rappers all the time are rapping about violence and sex but when they get up on stage they always thank God. This is a strange contradiction that the meme ably mocks.

There is some alternative phraseology at play here, including:

Whether you’re looking for a good way to pass time or eliminate boredom, memes are one of the best options. Many people are completely addicted, scrolling through Instagram hashtags to find the funniest content. Always expecting to encounter a hilarious meme the next second- probably what contributes to our short attention spans.

To some, however, understanding the details of a meme is important. This usually includes where the meme came from, and why it was created. Being one of the popular memes, understanding wat meme is also important.

The best definition of wat is the best “response to something that doesn’t make sense. As such, the wat face lady meme can be used in scenarios where an individual feels they don’t understand what is being said or done. It can be modified to suit each person’s imagination and creativity.