Hockey is one of America’s favorite sports. While it might not be as celebrated as basketball or football, it has a passionate and loyal following. Wherever there is passion, there is the opportunity for amusing memes to crop up. It’s no different here- there’s tons of funny hockey memes out there on the internet. We’ve collected some of our favorite hockey memes. Scroll through our list and see what you think. 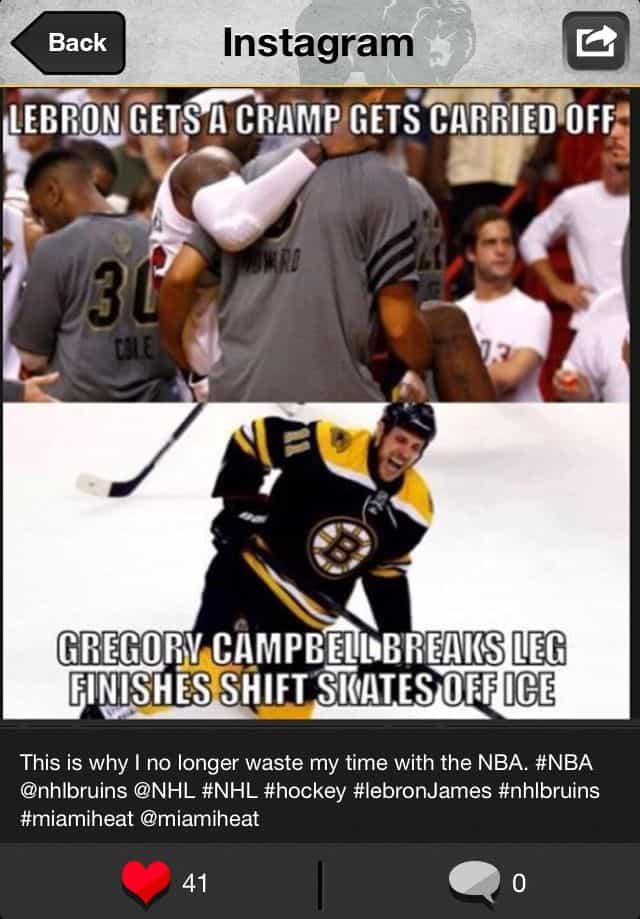 In this version of the meme, it makes fun of LeBron James having to be carried off in tears versus hockey players who routinely play through severe injuries. This one shows off a pair of hockey players seemingly dueling with their sticks as if they are in a sword fight.

Time To Go To School 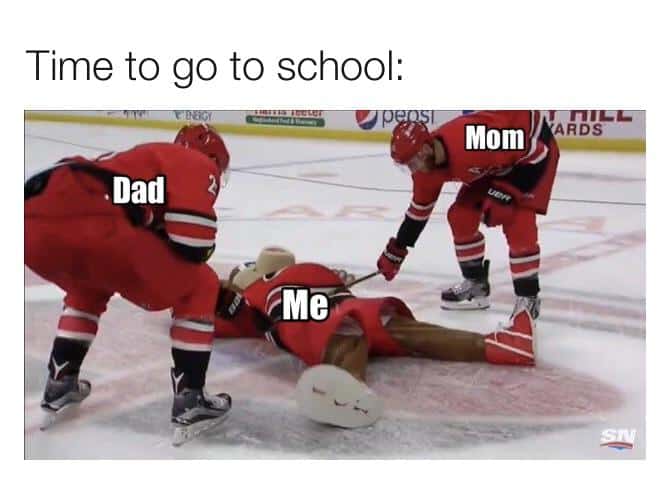 Here we see a hockey mascot laying on the ice and a clever meme maker writes that this is what it feels like when his parents are trying to get him to go to school. This is what happens when you score a goal and hug the wrong guy who is on the opposing team. You end up getting punched in the face. This is a pretty remarkable picture that shows a Detroit Red Wings player flying through the air like a ninja. It seems like he’s about to attack the opposing team’s goalie.

Waiting For The Hockey Season This is something we can definitely relate to as huge basketball fans. It shows off a super fan on the beach wearing full ice hockey gear waiting for the season to start.

Here we have a couple of hockey players joking about their beards. Where would we be without the office? It is one of the most popular ways to build a reaction Meme. In this one, it reads “The Flames are planning to put Jager on waivers” with Michael Scott softly saying “don’t”.

When Hockey Is Almost Back 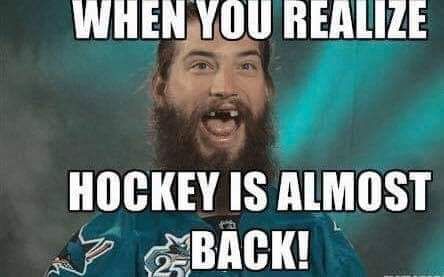 Here we see a hockey player with missing teeth used as a reaction meme “when you realize hockey is almost back”.