The disintegration or particle dispersion effect is a Photoshop tool that allows you to break up the subject of an image into tiny pieces. After the release of Avengers: Infinity War in 2018, the effect became a super popular tool for memers – images using the disintegration effect quickly became a meme based on the final scene of the movie, in which Peter Parker says to Tony Stark, “Mr. Stark, I don’t feel so good” before disintegrating into thin air. It was a super sad scene for Avengers fans, but the memes that have come from it are undeniably hilarious. Here are a few popular examples.

The 23+ Best I Don’t Feel So Good Disintegration Memes One of the most popular formats for this meme is to photoshop the “I don’t feel so good” scene into other heartbreaking movie moments. This Twitter user applied it to the ending of Titanic, by using the disintegration effect on Leonardo DiCaprio’s character. The “I’m in danger” screencap from The Simpsons has been used as a reaction image in various memes. This image uses the disintegration effect to make it a joke about the ending of Infinity War. This meme from Reddit shows the scene from The Land Before Time when Littlefoot’s mother dies – with the disintegration effect, it’s exactly like the scene from Infinity War.

4. I don’t feel so GoOoOoOoOd This meme circulating Instagram back in early 2018 is a joke about the “yodeling boy” who became an internet sensation after a video of him yodeling in a Walmart went viral. 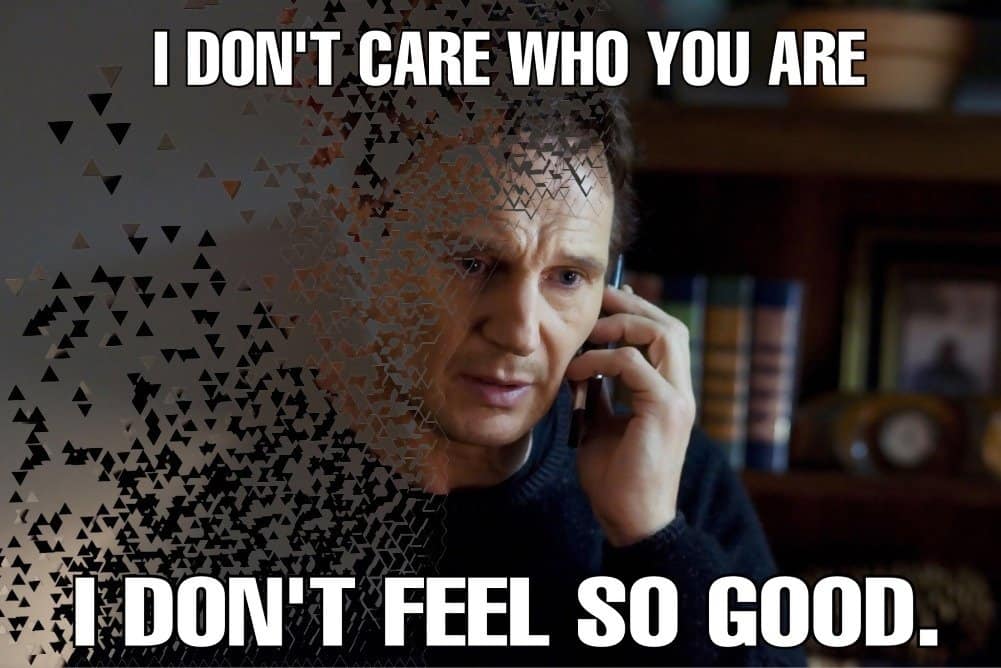 Another iconic movie moment formatted into an “I don’t feel so good” meme: Liam Neeson in Taken, talking to his daughter’s kidnappers. 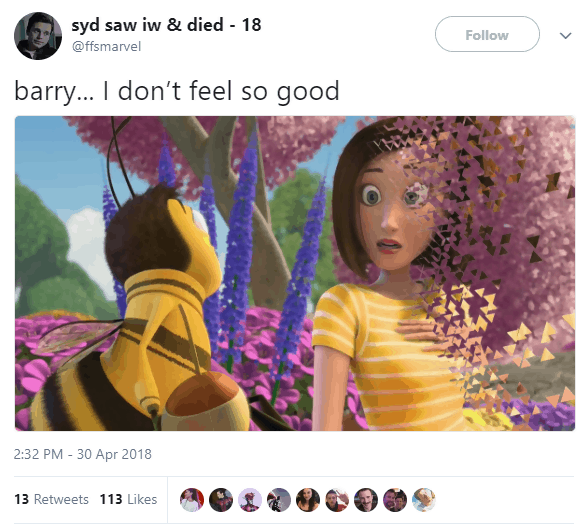 The Bee Movie is pretty widely mocked on social media. This Twitter user took advantage of the “I don’t feel so good” format to make a pretty awesome crossover meme.

7. One does not simply feel so good

This is another crossover meme from Reddit. The original meme was used to describe something super hard or impossible to do – this one combines it with the “I don’t feel so good” format. 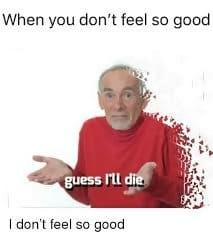 This stock image with the caption “guess I’ll die” has been used to make fun of all kinds of things. One Reddit user combined it with the “I don’t feel so good” meme for the perfect Infinity War joke. 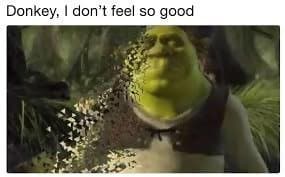 Here’s a meme from r/dankmemes that shows Shrek disintegrating, telling Donkey that he doesn’t feel so good. 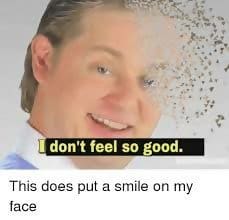 In this meme, a photoshop pro on Reddit combined the “it’s free real estate” format with the “I don’t feel so good” format.

11. Steve Irwin and the sting ray 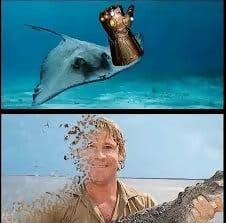 Another turn this meme has taken is to show that one thing killed or destroyed another thing, by using Thanos’ glove and the disintegration effect. For example, this meme has a stingray with the glove, and Steve Irwin disintegrating.

12. Bush and the World Trade Center 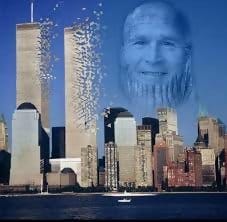 Here’s another example of that same format: in this image George Bush is Thanos and the World Trade Center is disintegrating – the political meaning is pretty clear. Here’s a wholesome meme from Twitter that shows Mr. Clean as Thanos, disintegrating the scum in your sink.

14. There are 4 types of headaches 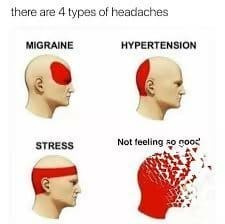 This meme from Reddit takes a medical chart showing 4 types of headaches and turns it into an “I don’t feel so good” meme us8ing the disintegration effect on the 4th head. 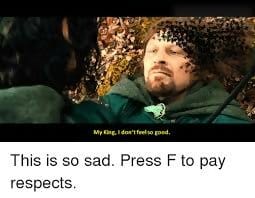 Another heartbreaking movie scene made into an “I don’t feel so good” meme: Boromir’s death in The Fellowship of the Ring. 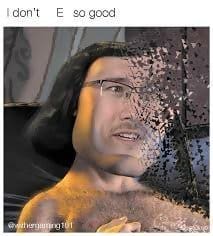 This meme is based off a Tumblr meme that shows Lord Farquaad with Youtuber Markiplier’s face, usually captioned with just the letter “E”. It’s an advanced joke for people with a lot of meme knowledge. 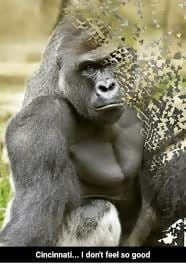 This meme shows Harambe the gorilla, who was killed in 2016 after a boy fell into his enclosure. 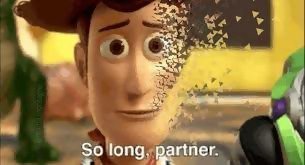 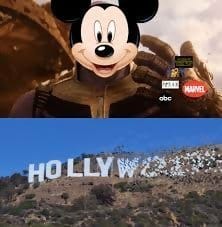 This meme from a Reddit user is a joke about Disney killing the movie industry. Mickey Mouse is portrayed as Thanos, and the infinity stones on his glove are all the production companies Disney has bought. Here’s a classic joke about avoiding responsibilities from an Instagram meme page. 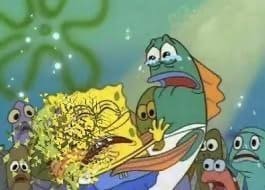 This screenshot from Spongebob Squarepants looks a lot like that final scene from Infinity War. One Reddit user applied the disintegration tool to make it even more similar – no caption necessary. 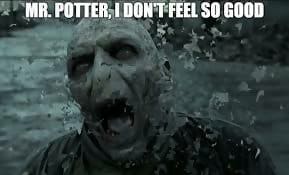 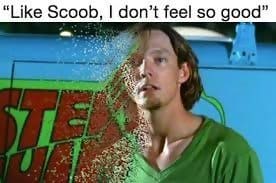 Here’s a funny comparison from a Reddit user, showing Shaggy from the Scooby Doo movie disintegrating. 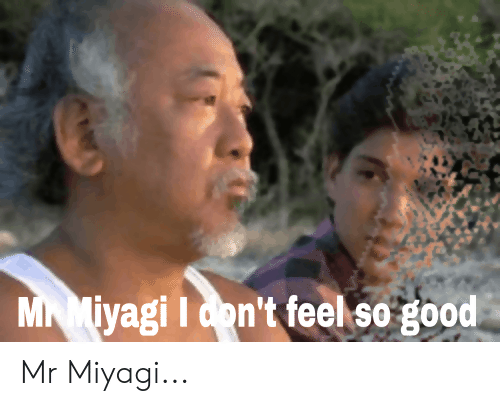 This meme from Instagram turned a screenshot from Karate Kid into the scene from Infinity War – some fans have compared Peter and Tony’s relationship to Daniel and Mr. Miyagi, so it fits.

What is the “I don’t feel so good” meme? from OutOfTheLoop

Over on Reddit, inside of the Out Of The Loop subreddit, someone was wondering what is the I don’t feel so good meme? This person posted in confusion saying that he’s referencing all of these different memes that are circulating the internet where people are fading away.

Redditors were quick to explain the background and meaning of this meme. One person said that it is a knit Infinity Wars spoiler mean. He says that Thanos has acquired six Infinity Stones and then when he snaps his fingers it kills half of the universe is life. Including Doctor Strange and Star-Lord. All of a sudden, some of the main characters in presumably a large portion of the Earth’s population begin to disintegrate, fading away into death.

Another person wondered why it had to be killed, saying since he was the last surviving member of a species, it seemed especially heartless. However, another Redditor responded that it is half of the life in the universe not half of the life of each species. Interestingly, people didn’t necessarily ascribe to malice to fanos, they said that he was more determined and resilient to accomplish his plans, as evil as they were, rather than being bent on causing pain and suffering.

Mr. Stark, I don’t feel so good… from thanosdidnothingwrong

Over in the Thanos Did Nothing Wrong subreddit, someone was apparently doing some Autumn lawn work and created this funny version of the meme. In it, we see Tony Stark as a pumpkin holding a Spider-Man costume with disintegrating legs that are made out of autumn leaves. This proved very popular in the community, with people impressed that it was a snowman made of pumpkins and the apparent ease with which a picture can trend on the internet even though people didn’t think it took much effort to create this scenario on a lawn.

Mashable even got into the act, saying that while the catastrophic ending causes a lot of sadness, all of this darkness and tragedy was converted into pure entertainment value by all of these different memes that have emerged. They highlighted examples Luigi from Super Mario, characters from The Walking Dead, Shaggy from Scooby Doo, a Windows 95 logo example, Mark Zuckerberg disappearing while testifying in front of the Senate and even one of our favorites comedy you know I had to do it to em meme.

NYMag.com, in its Intelligencer section, profiled it, using some of the famous examples we’ve already highlighted to demonstrate how this meme has taken over popular culture.

Mr. Google, I don’t feel so good. from memes

Somebody took some potshots at Google, showing the world-famous YouTube icon fragmenting and disappearing. Apparently it was in reference to a global YouTube service disruption. This is a good example of how memes are used during trending news cycles. You’ll often see an old meme get resurrected if it is popular enough during a trending news event. In this case, the YouTube service disruption was a global phenomenon that caused a lot of memes to gain a ton of traction and surge back in popularity, if only temporarily.

Popbuzz.com also had a great write-up. They say that this spoiler meme has become iconic on the internet, but if you haven’t watched the movie and don’t want it ruined for you, you shouldn’t explore the meme at all. Writing about the meaning and origin, they say that Avengers: Infinity War was without question the number one film of the year. And, if you are judging a film’s popularity by the memes that it generates, it has overtaken Black Panther, for sure.

They even dug into the actual number of memes that have been created. While they say that the time of their publication the movie itself has grossed over $800 million at the global box office, it is actually generated over 75,000 new memes. The bad part about it though is that the most popular meme is this one we’ve written about which memorializes the sad ending scene of the movie.

They provide a narrative description saying that in the film, Thanos decides to snap his fingers while sporting his jeweled gauntlet and then afterwards many of the Avengers including the Scarlet Witch, Drax, black panther, Star-Lord, Bucky and group all just disappear.

But it is Spider-Man, aka Peter Parker, who tells Tony right before he disintegrates that he doesn’t feel so good and that he doesn’t want to go. This is certainly an emotional and difficult moment to watch on the screen particularly because so many people get invested in these Marvel superhero characters, however, it definitely spawned one of the funniest means that we have seen emerge from Cinema in quite some time.

Even though it was a heart-wrenching moment, Avengers fans and memers have managed to turn the “Mr. Stark, I don’t feel so good” scene into a hilarious meme. It’s perfect for making fun of other movies, social commentary or political jokes – even though the Avengers series is over now, the meme lives on.