If you’d ever undertaken a DIY project, the DIY memes below will probably resonate. A lot of these memes make fun of common mishaps that occur when amateur home repair people undertake complicated projects. This is a rather obscure category of meme, but we found it funny nonetheless. Check out some of our favorite examples below. 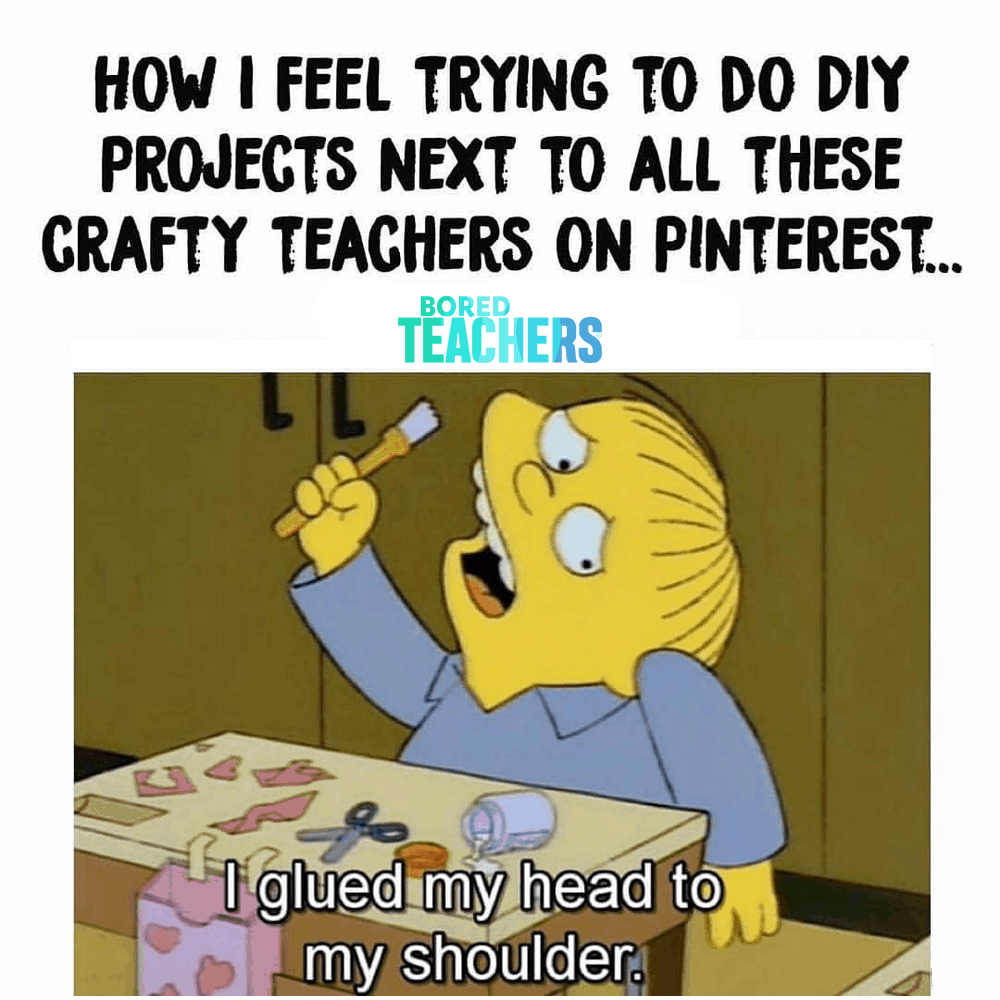 Here’s a funny one from bored teachers. It shows Ralph from The Simpsons who has accidentally glued his head to his shoulder. The caption reads how I feel trying to do DIY projects next to all these crafty teachers on Pinterest. It makes light of the fact that on Pinterest there are so many amazing crafts professionals doing really advanced projects, but in the classroom it can be difficult to undertake similarly complicated crafts. 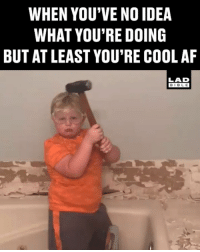 Here we see a child wielding a hammer and wearing some safety goggles. It’s from LadBible with the caption that reads “when you’ve no idea what you’re doing but at least you are cool AF”.This one is pretty funny and relatable. A lot of times home repair people get a kick out of buying all the latest and most expensive tools, but actually lack true confidence when it comes to performing DIY tasks.

Just Because You Can 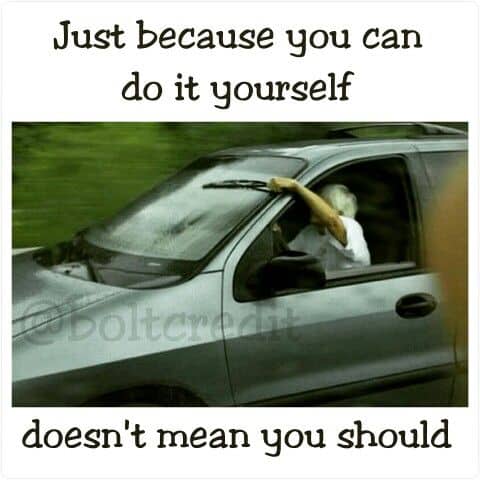 Here we see an old lady driving a minivan apparently using a hand-held window wiper. The caption reads “just because you can do it yourself doesn’t mean you should”. It’s definitely good advice. A lot of times people doing home repairs make costly mistakes. At the end of the day sometimes it makes sense to Outsource complicated DIY projects to professionals and spare yourself the aggravation and expensive doing it yourself. 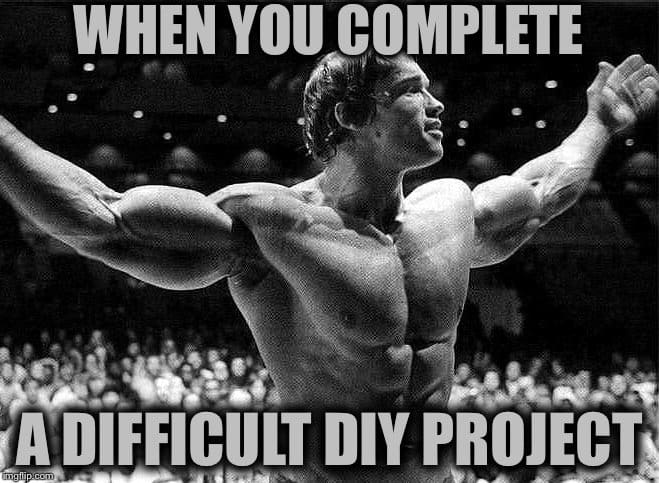 Here we see a young Arnold Schwarzenegger celebrating a victory. The caption reads when you complete a difficult DIY project. It celebrates the fact that completing a DIY project candy in amazing ego boost. Particularly if it was challenging and ended up saving you a lot of money. Here we see a young child in a car seat with the classic look of confused consternation. The caption reads my face after I give instructions and someone asks me what to do.

Measure Once, Cut Once Here is a classic DIY quote with an alternate take. It reads “measure once, cut once. Don’t doubt yourself.” This one makes fun of the fact that a lot of people when they get fancy new tools plunge headlong into their DIY project without doing the necessary preparation.

Here’s a funny one that uses a screenshot from a DIY tv show. It reads “If I had a DIY home improvement show it would have to be on HBO. It would be called…” This one makes fun of the fact that a lot of DIY shows make it look really easy to perform common Home Maintenance procedures, when reality if you are not experienced, it can be way too difficult. 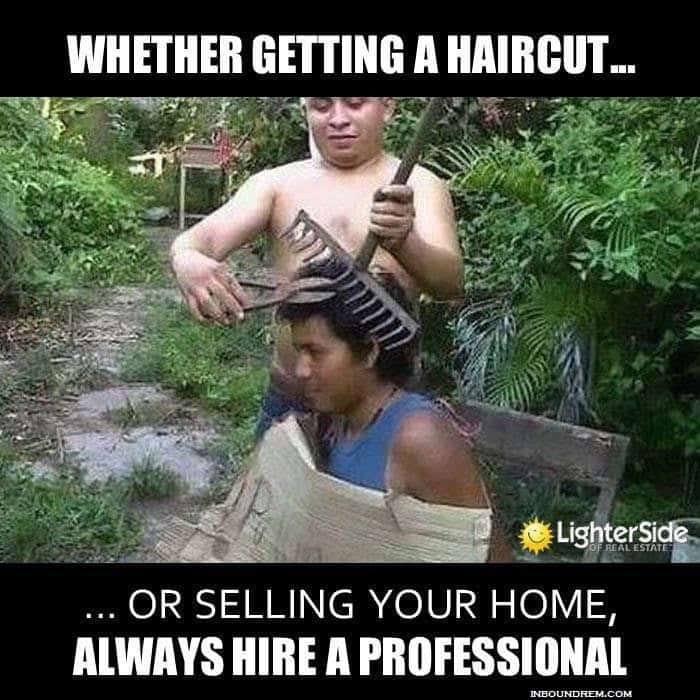 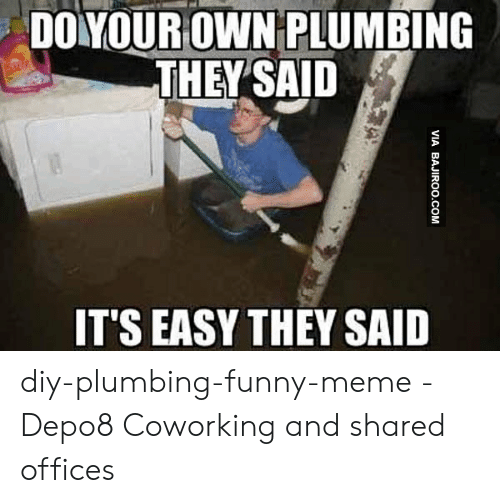 In this one, we see one of the classic memes of an individual rowing in a flooded basement. The caption reads “Do your own plumbing they said. It’s easy they said.” This is probably the quintessential DIY mean. It reads “measure twice, cut five times, curse profusely, punch a wall, give up, I’ll call it professional.” This one truly embodies the frustration a lot of people have doing a home renovation. It’s probably the most classic DIY meme you’ll see on this list.

DIY memes capture the essence of human frustration. That is why memes work so well here. A meme can provide some levity in cases of extreme frustration. As you probably know if you are a homeowner, doing a DIY repair project takes a lot of work and if you mess it up you are really in trouble. It can cost a lot of money to do your own work and if you mess it up and have to pay someone to fix it the costs could be doubled or even tripled.