The Me and the Boys meme has become insanely popular, but initially started as a hashtag and a non-ironic caption, in early 2019. Its viral growth can be traced back to the /r/okbuddyretard subreddit and over on Instagram. Some 60’s Spider-Man villains permutations in May 2019 caused it to go even more viral.

According to Know Your Meme, the exact origin of the phrase is not exactly known. But people have been using the phrase unironically as a title for photograph posts on Facebook, Twitter, Instagram, Reddit and other social platforms.

However, as we know it today, the 60’s Spiderman variation from the 1967 animated TV series Spider-Man is the most popular. It portrays the animated characters Vulture, Electro and Green Goblin smiling. But let’s stop blabbing and check out some of the most hilarious examples.

The Best Me And The Boys Memes 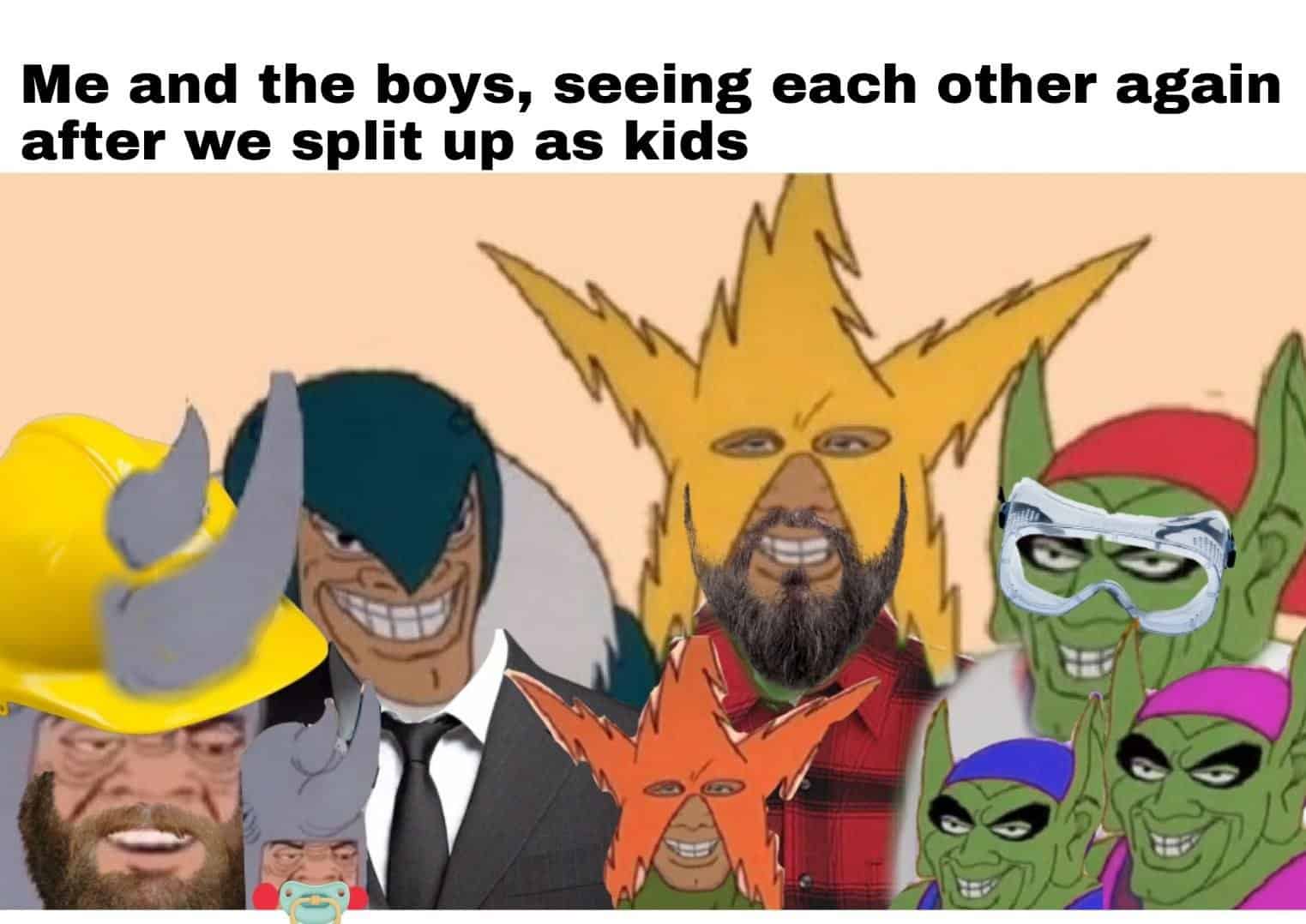 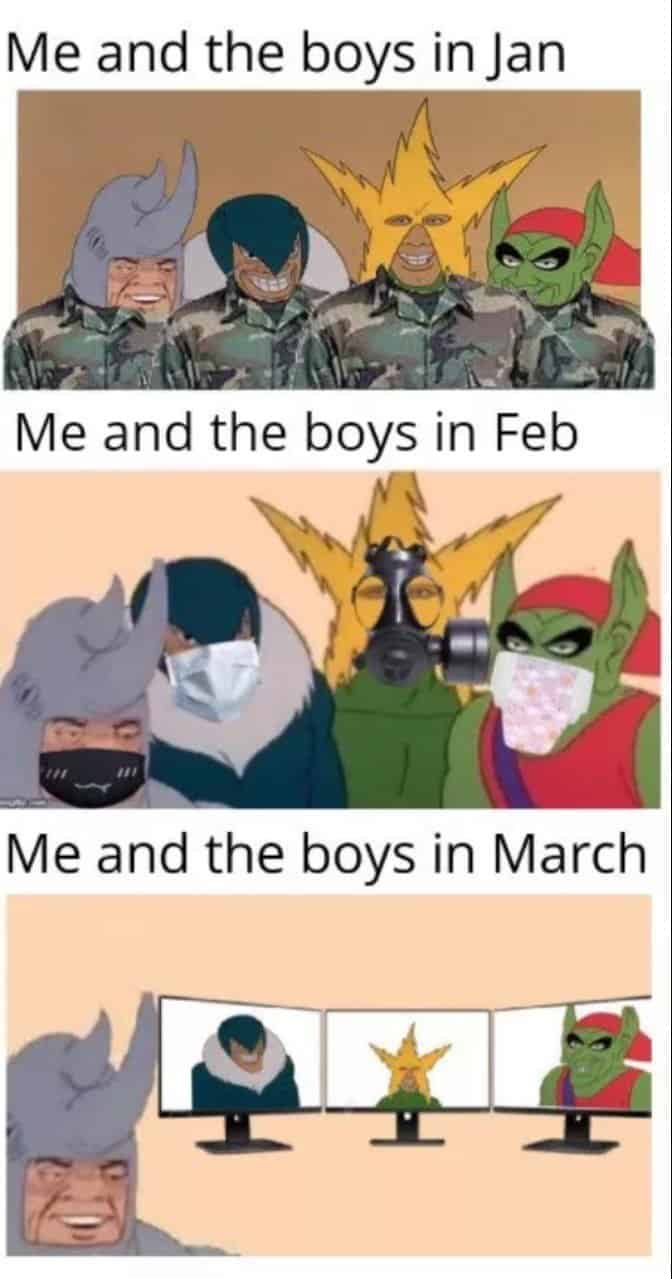