JaeRoar is a San Antonio-born YouTube and Twitch gamer with nearly 200,000 YouTube subscribers as of this writing in January 2019. He was born in 1988 and began his YouTube channel in 2012. He has two brothers named Brandon and Brody as well as a sister named Mia (Source).

If you want to know more about him, check out a Q & A he did on his YouTube channel at the top of his page.

According to his YouTube channel description, “Hey guys, Welcome to my channel where I cover anything that’s comic book related but mainly DC comics, I started my channel talking about my favorite DC comic book characters SwampThing and Black Adam! I also do let’s play but mainly use Twitch for that! Make sure you check out my social media and schedule. Links are below and welcome to the JaeSquad. #YaNerd”

It provides a pretty decent overview of who and what he’s about- it’s a gaming channel that focuses on DC Comics. He’s also active on a variety of other channels, most notably YouTube.

At the time of this writing, his YouTube channel has:

Where To Find Him

His Most Popular Video

His most popular video at the time of this writing is “The Flash Cameo Explained – Batman v Superman” with well over 2 million views!

If you want to represent your Jaeroar fandom, he does have an online shop on RedBubble. There are a bunch of different categories of items, including hoodies, shirts, device cases, wall art, home decor, stationery and bags. 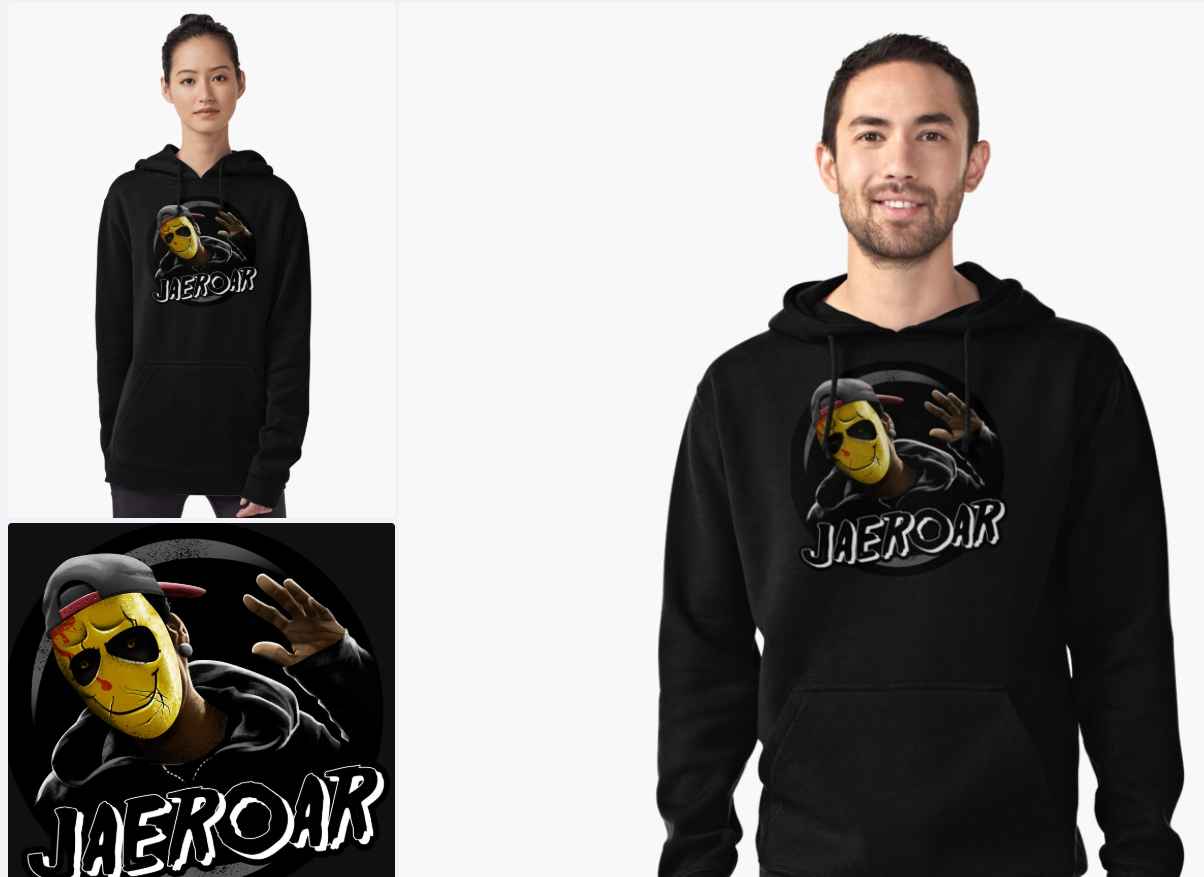 JaeRoar Fan Art. He used to stream IC a lot. He’s a youtuber that covers anything comic related. He asked me to draw him. from r/infinitecrisis

One of his reaction videos went pretty viral on Reddit.

OTHER: JaeRoar lands the truth about WB & DC. from r/DC_Cinematic

Over in the r/Injustice subreddit, which apparently is dedicated to NetherRealm Studio’s Fighting Game Franchise ‘Injustice’, a Jaeroar tweet caught the attention of the community:

Over on Instagram, you can get some more insight about who he is. Recently, he posted the image below, promoting G Fuel Energy, which apparently is the “Official Energy Drink of eSports. Trusted by elite talent such as FaZe Clan, Nadeshot, Dr. Disrespect and more.”

Sorry I haven’t posted much on here. Been on that Twitch grind but today I’m working some videos for YouTube! Gonna need that GFuel to help me get through today! Use code ROAR at checkout! Also follow my Twitter at JaeRoar

The post indicates that he hasn’t been as active on Instagram as in the past- showing that his primary channels are, at the time of this writing, YouTube.

After Stan Lee died, he posted about it, commending the amazing characters he created:

RIP to a Legend. #stanlee made some amazing characters and always seemed like a genuine person.

One of the primary uses of his Instagram is to promote his Twitch streams. The one below shows him promoting his Red Dead Redemption Gameplay. He posts his schedule, saying that he’ll be live Sunday through Thursday, with 2 streams a day.

Streams have been fun lately! Catch some funny moments live on my Twitch. Sunday through Thursday, 2 streams a day, link to my channel in bio! #fridaythe13th #reddeadredemption2 #Twitch #Twitchclips #Streamer

Apparently, Jaeroar got into a protracted dispute with some other YouTubers. The details are somewhat unclear. Complete transparency: we don’t have the attention span to sit through 20-minute videos of YouTube gamers insulting each other on Twitter. But if you’re interested in the nitty-gritty, here’s a YouTube video from one of the dramatists, Salvage1009, who ‘exposes’ him:

His Most Popular Twitch Video

It’s entitled “Back to Rank 1”. You can watch a snippet below:

The internet is full of video-game creators publishing playthroughs and episode guides. With the explosion of Twitch, which helps to monetize gamer’s content, more and more of these gamer creators are coming out of the woodwork. What’s somewhat different about Jaeror, and something that we can definitely endorse, is that he seemed to niche down into a particular subgenre of comics and video games- the entire DC universe. It’s definitely a smart strategy to niche down- and he’s evidently publishing a lot of quality content, and highly clickable thumbnails, over on YouTube.